Restoring Faith in Science is a Critical National Imperative 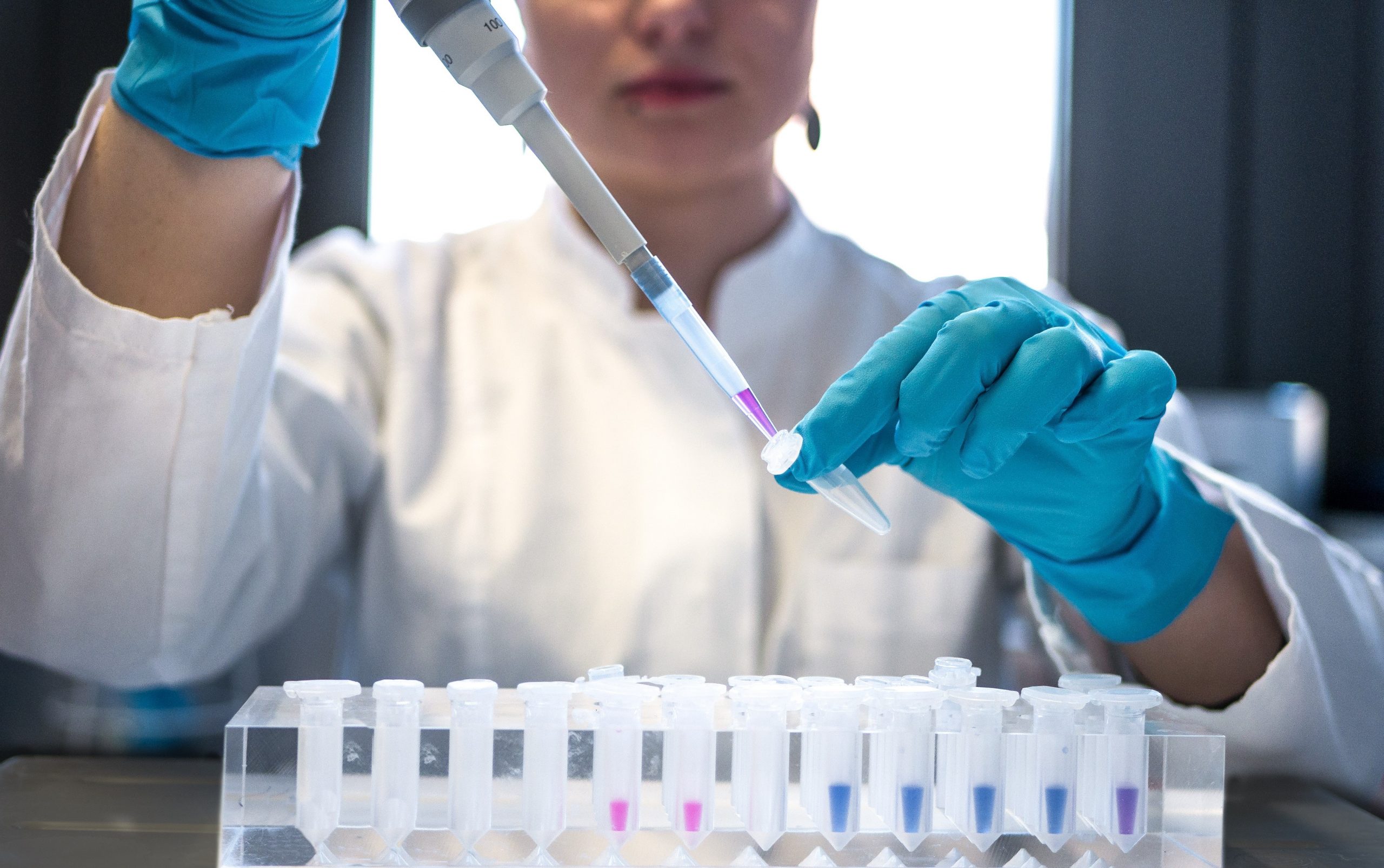 One of the developments most responsible for eroding the strength and cohesion of American society is the intense political acrimony over the validity and credibility of American science, especially regarding the pandemic.

This has fed, and been fed by, a sharp drop in popular understanding of the critical importance of U.S. science in producing dramatic discoveries in medicine, analyzing and confronting issues related to climate change, and producing the advanced technologies that strengthen our security. This stands in sharp contrast to the virtually unanimous, bipartisan social support for science in the past and the sense of national pride most Americans traditionally have felt for it.

There are several reasons for this sharp reversal, but one of the most important is the virtual collapse in emphasis on this subject in school curricula, coupled with misinformation circulating in social media and the tendency to inject differences of opinion in this area into our already deeply divided national politics.

While this downward shift has taken place over a few decades, strikingly vivid evidence of it has occurred in the past several years, and increasingly during the pandemic. What makes this especially surprising is that, for two and a half centuries, our nation’s living standards have been elevated dramatically by scientific advances. The longevity and health of millions have been the result of dramatic medical breakthroughs. Science has underpinned our formidable national security capabilities, too, and has been at the core of our global economic prowess in many sectors. Given this remarkable history, the decline in respect for and understanding of the benefits of science and institutions that support it among large numbers of Americans has been shocking.

The Salk vaccine of the 1950s was seen as a miracle by most Americans, and parents of my generation rushed to line up their kids to get it. Breathtaking advances in cardiovascular surgery procedures that save roughly 300,000 lives a year, and the statins that save many more, are the result of decades of scientific research and approval by the Food and Drug Administration (FDA). We have seen remarkable treatments for HIV/AIDS after years of frustration, as well as the wide range of recently developed oncology drugs approved in growing numbers by the National Institutes of Health (NIH) National Cancer Institute. These have been enthusiastically welcomed by large numbers of Americans without triggering intense societal or political confrontations. One must wonder why the COVID vaccines suddenly elicited such intense, divisive  controversy.

But it doesn’t stop there. The criticism of science in some quarters goes much deeper and is much broader. The iterative nature of the process of scientific discovery through constant research and learning from successes and failures — the frequency of the need for experts to change guidance or conclusions about the nature and treatment of many diseases, based on new knowledge — is a part of the scientific process that seems little understood in many quarters.

Regarding COVID, changes in guidance and treatment recommendations by medical institutions, researchers and government agencies have increased what already was a tendency among some to distrust government institutions, the news media that report such changes, the experts who try to explain why their advice on treatment and prevention periodically changes and how immunization or protection protocols must be altered as new information is revealed.

As Professor Justin Stebbing of Imperial College in London has written, “With a brand-new pathogen, it takes time to figure things out like how infectious it is or the means by which it spreads. When vaccines are developed and first put into use, it takes time to see how well they’ll work and how long they will protect … and often time reveals new information and new treatment regimens. … There is no way around this, but people have found it frustrating and blame scientists or researchers for ‘changing their minds’ or having hidden information of some sort in the beginning.”

But this is the way science works. Scientists try to uncover more and more information and collect and share more experience; vaccines, drugs, medical advice and treatment often need to be modified accordingly. Stebbing adds: “Instead of recognizing changes as a reflection that more had been learned about the virus, many people seemed to think they had been misled by earlier advice.”

Such feelings of being misled often cause some people to ignore the conclusions of science and scientists. They also widen the genre of Americans who, even before COVID, distrusted what the government says and asks them to do. Confidence in government and other institutions has been falling for years, and COVID seems to have exacerbated it.

In some ways the government, inadvertently, has made this worse, and made science the target for more criticism.

Several recent articles in the New York Times have focused on this; they underscore that, despite warnings of scientists years ago that a new pandemic was likely and, more recently, that new variants were destined to emerge, our government has not taken sufficiently urgent actions to prepare or has downplayed the risk. Whether this has been a communication problem, a failure to listen to scientific advice or a case of over-optimism that bad things would get better or could be avoided with no further measures needed, the lack of adequate, urgent preparation has undermined confidence in government scientific institutions with superb records.

Misinformation on social media or in some political quarters, and failure by some groups to acknowledge the remarkable progress of U.S. companies in producing such successful vaccines so quickly, coupled with a political process that has divided the country over these and many other subjects, has exacerbated skepticism in some quarters about the statements of highly respected scientists and government institutions. This adds to a serious weakening of support for science among several political constituencies; some respected government science-focused institutions and their leaders have been targets. It has deepened political divisions between those who follow the advice and statements of government experts or noted private research institutions and those who say they don’t believe the government and think the science community is trying to deceive them, to impose politically motivated policies.

Public discourse between these two sides appears to have broken down, and divisions in social media make it difficult to restore.

This curious — and, for many, difficult to understand — combination of divisive forces is further widening already-gaping political and social divisions on other issues as well.

As one who has followed developments around the world for decades and does so regularly today, I am unaware of very many countries where the issue of a vaccine or other preventative measures for COVID has been so divisively politicized. On the contrary, most countries are making dire appeals for more vaccines. Nor am I aware of countries where broader appreciation of science has deteriorated so quickly and become so politicized. Most countries are eager to have their best students study at top U.S. research universities and work at top medical centers, and then return home to help their own people.

All this leads me to emphasize the need to reverse the overall degradation of knowledge of, respect for and support of science in the U.S. First is clearly the need for the government to put a lot more money into DARPA, our national labs, the FDA, NIH and a wide range of research centers — and explain to the American people in clear terms why it is doing so.

But this is not enough. Grassroots understanding of the virtues and importance of science is critical. We cannot be satisfied or have the needed support for a change in our democracy toward greater, broader support for science, if knowledge of science and the scientific process is confined to graduates of a few elite schools and groups. Denouncing those with whom we disagree is not the answer; it makes things worse. A grassroots process that includes them has a better chance.

Without broader grassroots understanding and knowledge, our nation will be unable to rebuild a broad base of respect for science’s vital role in our country and rebuild political support for American science on a nonpartisan basis. A deep dialogue is needed between those who are skeptical of science (or even hostile to it) and those who see it as essential.

President Thomas Jefferson has been widely quoted as stating that “An educated citizen is a vital requisite for our survival as a free people.” This more than ever now must involve science education. When people go to the polls or to political rallies, or simply sit around the dinner table, education about science will enhance the quality of their dialogue and improve the process for more Americans to make informed choices among candidates and their views about government policies in this and other areas. If this sounds Pollyannaish, go back a few decades to the time when American scientific achievements were widely discussed and respected by Americans at many levels in both parties and most groups in our country; the Space Race, the lunar landing, breakthroughs in fertilizers that gave a huge boost to American agriculture and the polio vaccine are four striking examples.

We should prioritize a nationwide program whereby America’s top scientific institutions, corporations and labs develop local, state and national level programs for scientists in various fields to regularly teach or share experiences at high schools, junior colleges and other institutions, as well as local community and social groups. Topics could include the history and success of American science and research over the years, the nature of the scientific method, the excitement of discovery and how local schools can advance the careers of their students in key scientific areas. Even if it does not produce a large cohort of new scientists, it could help broaden and deepen understanding of and support for science throughout the country — or, at a minimum, equip citizens with more information when they are asked to make up their minds about support for certain programs or politicians.

This would be a 10-year program built up over time by corporations, research centers and a range of educational institutions. This should be nationwide, with broad local support, not just Washington-centered. Here are examples of three outstanding institutions from various parts of the country that might lend their formidable organizing and business skills to make this happen:

Together, they would be a powerful team — and I am sure others would be eager to work with them. Mobilizing the talents and energy of such individuals could help launch this effort.

This is a good time to start, before we get to the next presidential election and while Congress is considering legislation that will affect America’s scientific and technological capabilities. But ensuring this is multi-regional and nonpartisan, and engages a range of grassroots schools and communities, will be critical to its success.

Robert Hormats is managing director of Tiedemann Advisors, a New York-headquartered financial firm. He was undersecretary of State for economic growth, energy and the environment, 2009-13; a senior official of Goldman Sachs from 1982-2009; assistant secretary of State, 1981-82, and a former ambassador and deputy U.S. trade representative, 1979-81. As senior economics adviser to three White House national security advisers from 1969 to 1977, he helped to oversee the U.S. opening to China. Follow him on Twitter @BobHormats.

The Hon. Robert Hormats
Former U.S. Under Secretary...
Prev
Next