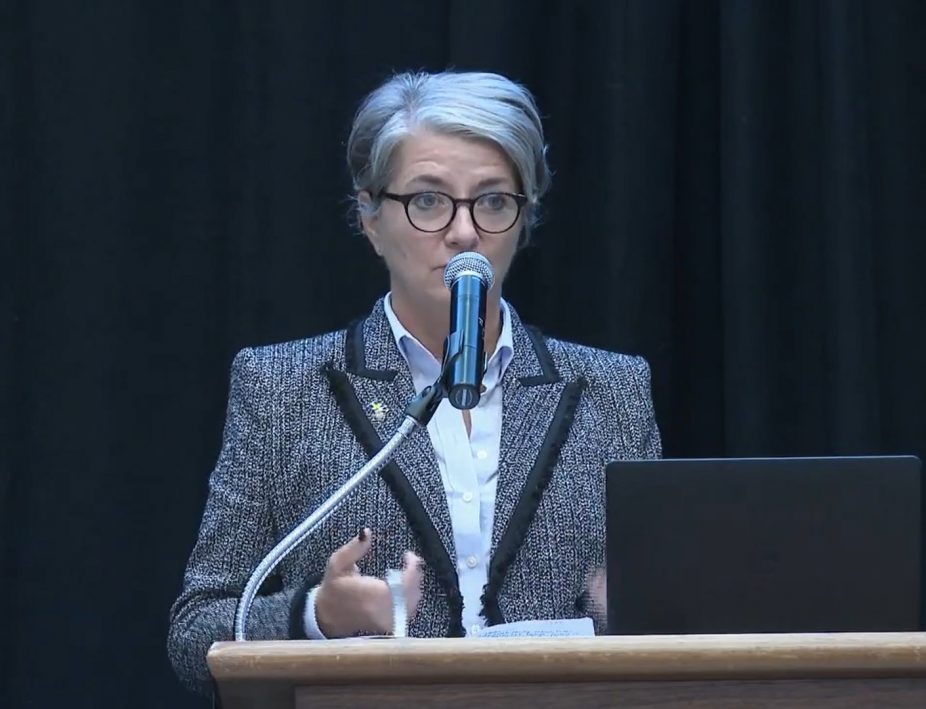 ​Ambassador Distinguished Lecture Series at Purdue: The Sweden-US Technology Bond, Remarks by Her Excellency Karin Olofsdotter, Ambassador of Sweden to the United States, and Dr. Maria Brogren, Science and Innovation Counselor at the Embassy of Sweden in the United States

Ambassador of Sweden to the United States 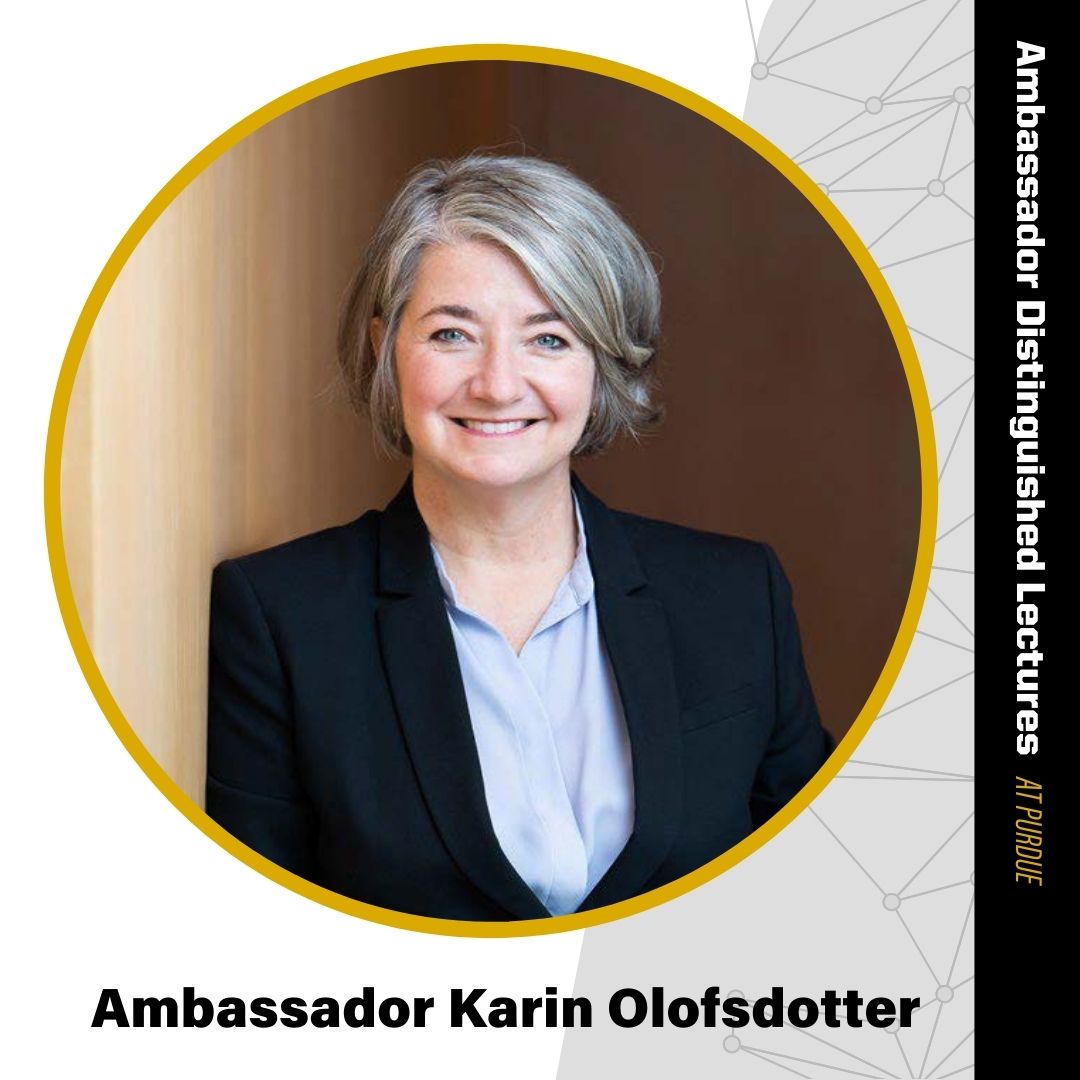 Her Excellency Karin Olofsdotter took up her post as Ambassador of Sweden to the United States on September 1, 2017. Ambassador Olofsdotter has long been an advocate for Swedish trade and diplomatic relations with the United States. Trade and economic growth remain top priorities for the Ambassador, along with defense cooperation, public diplomacy, and strong collaboration with the international community. Ambassador Olofsdotter brings extensive experience in trade promotion to her current post. Prior to assuming the role as Ambassador to the United States, she served as Director-General for Trade at the Swedish Ministry for Foreign Affairs. She has also held the position of Deputy DirectorGeneral and Head of the Department for Promotion of Sweden, Trade, and CSR at the Foreign Ministry. Ambassador Olofsdotter is an accomplished diplomat. Her career in the Foreign Service started in 1994 with her first posting to the Embassy of Sweden in Moscow. In the years following, she worked in security policy and defense issues as well as in numerous leadership posts within the Ministry for Foreign Affairs, including serving as Chief of Staff for several of its Ministers and Director of the Ministers’ Office. She has also served as part of the Swedish delegation to NATO and at the Swedish EU Representation in Brussels, working with European security policy and defense issues. In 2008, Ambassador Olofsdotter was asked to serve as Deputy Chief of Mission at the Embassy of Sweden in Washington, DC. She served at the post for three years before starting her first ambassadorial position as Ambassador of Sweden to Hungary in 2011. Ambassador Olofsdotter has a strong affection for the United States, having lived, studied, and worked in different parts of the country, including during a high school exchange program, as an undergraduate student at the UCLA Anderson School of Management, and through her various diplomatic postings. Ambassador Olofsdotter has a B.A. in psychology, economics, and Russian. She studied at UCLA Anderson School of Management and speaks French, Russian and English. She is married and has a son and a daughter. 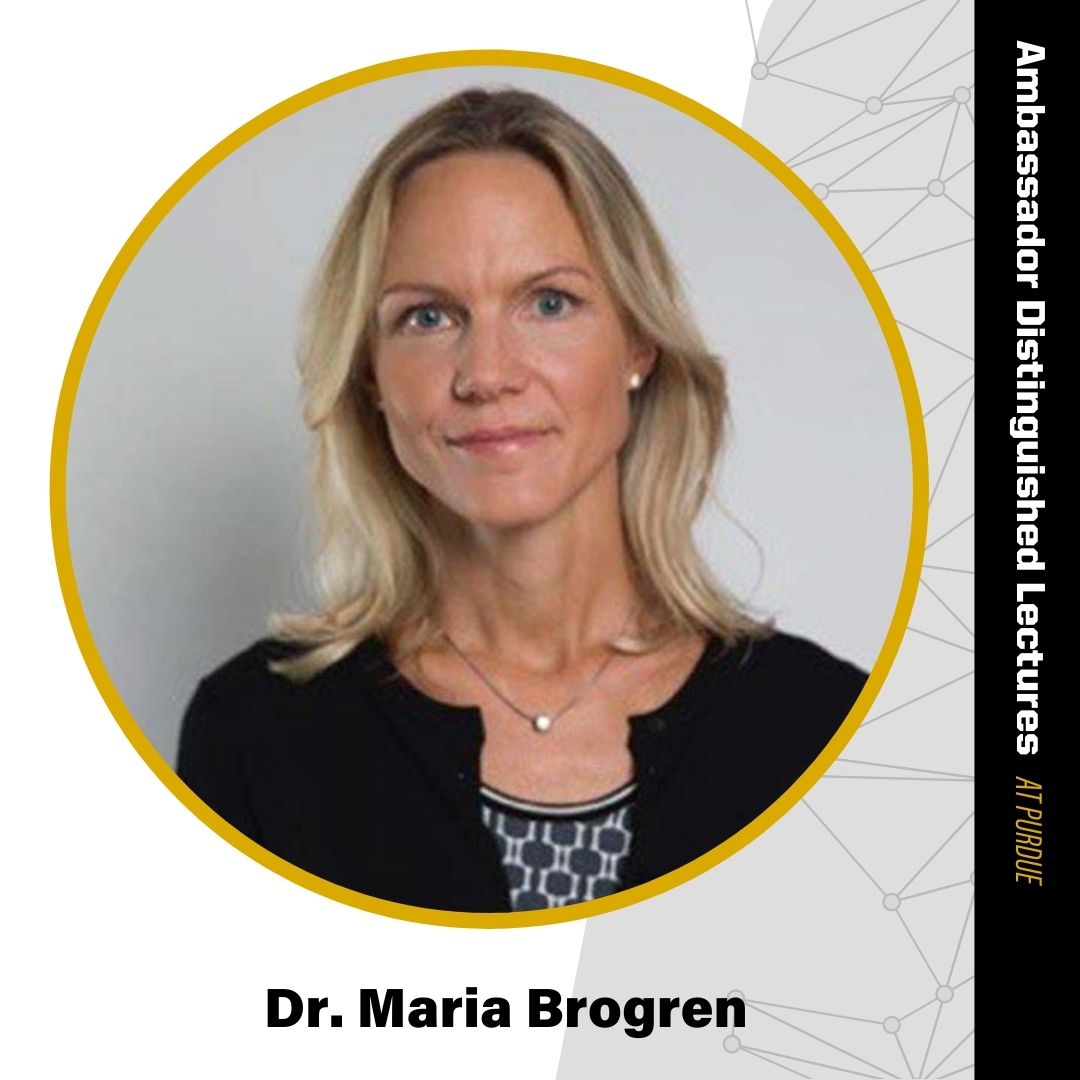 Dr. Maria Brogren took up her post as Science and Innovation Counselor at the Embassy of Sweden in the United States in August 2021. Her role is to promote cooperation between Sweden and the U.S. in the areas of research, innovation, and higher education, by developing and growing relationships between stakeholders. Main focus areas are green transition, digitization, and life science. Dr. Brogren is a strong advocate for international collaboration. She has a background in sustainability, energy and climate, and experience from working with science and innovation policy and funding on national, EU and global level. Prior to her present role, Dr. Brogren was Director of sustainability and innovation at WSP Sweden, part of the global analysis and engineering consultancy company WSP. Former employers include the Royal Swedish Academy of Engineering Sciences, the Swedish Ministry of Enterprise, Energy and Communications, the Swedish Energy Agency, and the Swedish Construction Federation. Dr. Brogren has a M.Sc. in Engineering Physics and a Ph.D in Engineering Physics with specialization in Solid State Physics, both from Uppsala University, Sweden. Her Ph.D. thesis focusses on optical properties of solar photovoltaic energy systems. She did her M.Sc. thesis on transmutation of nuclear waste at Los Alamos National Laboratory, New Mexico, and part of her Ph.D. in solar energy at Fraunhofer ISE in Freiburg, Germany. Dr. Brogren has co-authored numerous scientific and popular science articles, as well as other types of publications. She lives with her husband and two daughters in Washington D.C.