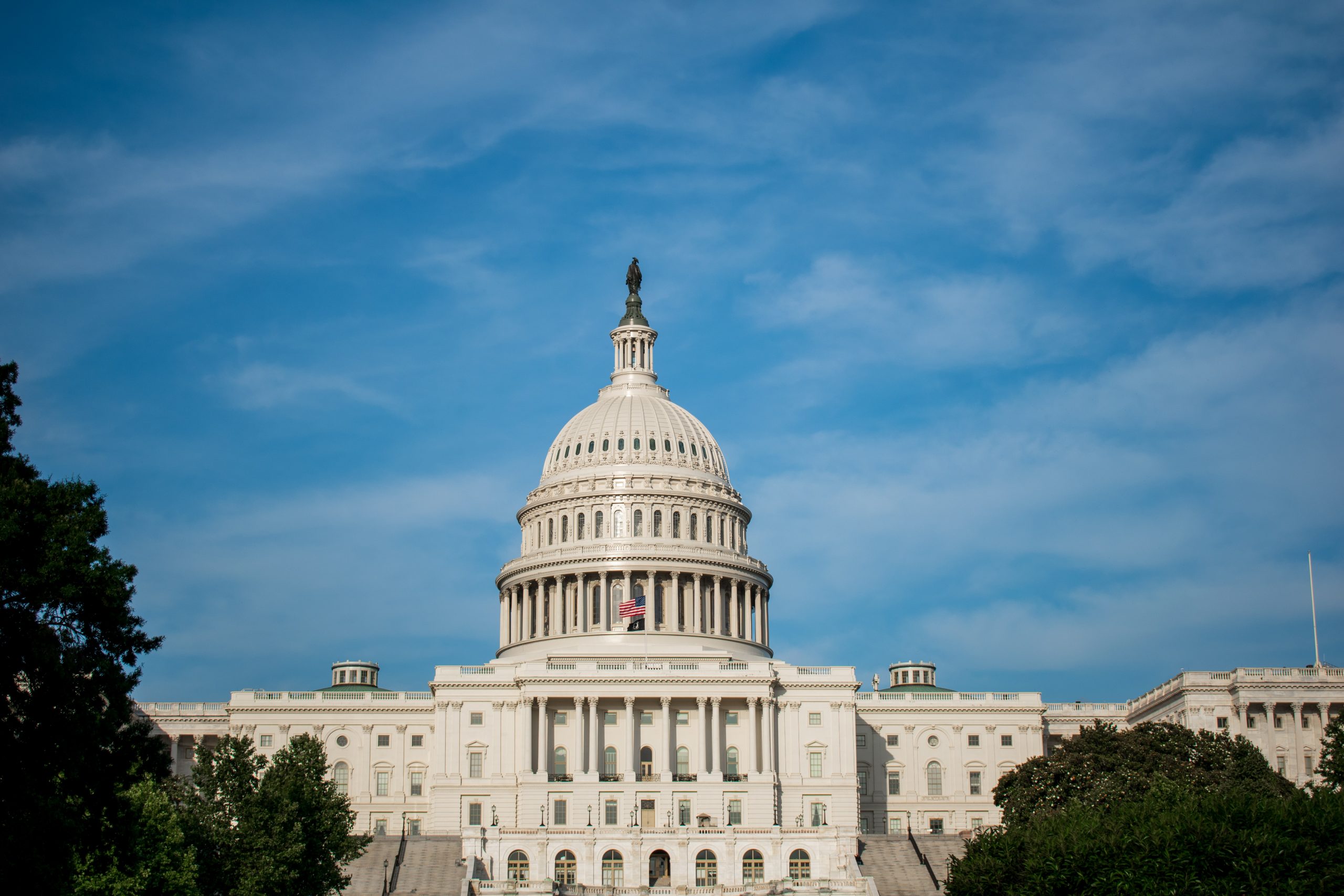 Center for Technology Diplomacy at Purdue Chairman and Co-Founder Founder Keith J. Krach presented to the Congressional U.S. China Working Group on Friday, advocating for U.S. strategic partners to work together to in high-tech industries to confront authoritarianism. 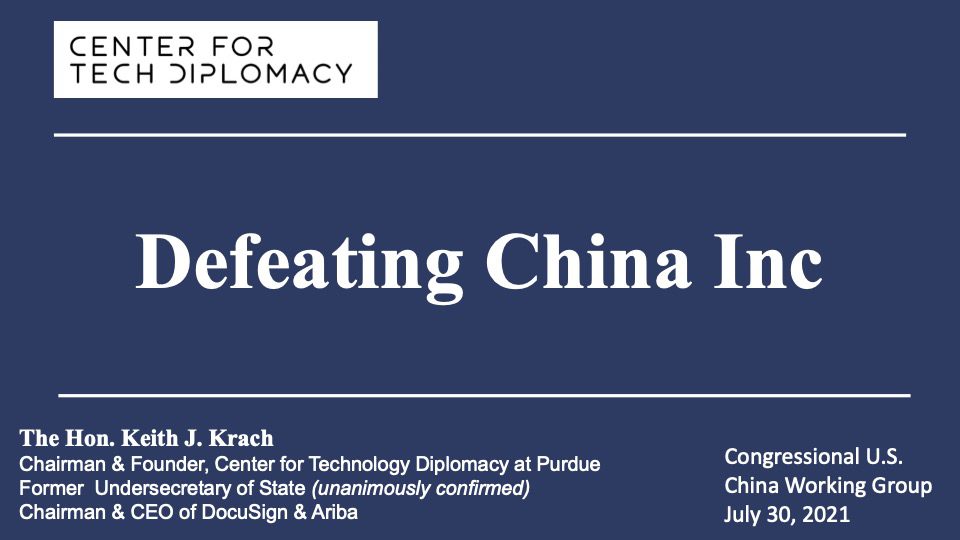 Keith Krach  is an global CEO, Silicon Valley innovator, philanthropist and public servant, noted for bringing transformational leadership to multiple sectors, including robotics, engineering, commerce, education, philanthropy, economic statecraft and even the way people sign. Krach most recently served as Under Secretary of State, as the nation’s top economic diplomat leading America’s economic diplomacy portfolio and having the rare distinction of being unanimously confirmed by the U.S. Senate. He is also the former Chairman of the Purdue Board of Trustees and recruited sitting Governor of Indiana, Mitch Daniels, to be the 12th President.

Krach shared the lessons learned as he led the development of the bipartisan Global Economic Security Strategy; built the Clean Network Alliance of Democracies to defeat the CCP’s masterplan to control 5G communications; spearheaded the largest onshoring in US history to secure the semiconductor supply chain; drove divestment in CCP companies to protect investors from unknowingly financing Chinese military; championed the human rights by mobilizing action against CCP’s genocide in Xinjiang; directed the repatriation of 100,000 US citizens during the 2020 global pandemic and expedited 1 billion pieces of PPE in Operation Airbridge; served as catalyst for $100B Endless Frontiers Act & $50B CHIPS for America Act; and strengthened ties with Taiwan by orchestrating the Lee Economic Prosperity Partnership and was highest-ranking State Department official to visit in 41 years. As a result of these national security initiatives, Krach and his family were sanctioned by the CCP.

Krach discussed how the business strategies his team utilized apply to economic statecraft from when he served as CEO & Chairman of DocuSign leading its transformation from a 50-person startup to a public company and global standard it is today as well as when he co-founded Ariba and served as Chairman & CEO, creating the world’s largest B2B e-commerce network with a market value of $40B which now transacts $3.7 trillion annually.

Krach also discussed the power of building a bridge between Silicon Valley and Washington D.C. in confronting the rise of authoritarianism in high-tech sectors by demonstrating how he crafted the U.S. Global Economic Security Strategy (G.E.S.S.), which has become the duplicable playbook for defeating the China Communist Party in high-tech, such as 5G.

Likewise, it sparked a halo-effect of high-tech investment in rural America, driving private sector investment and domestic job creation, all the while uniting U.S. strategic partners to develop trusted supply chains for high-tech.